Labour are calling for a senior Conservative to be investigated for training witnesses before they give crucial evidence to MPs.

Parliament’s standards watchdog has been told to “urgently” look into payments made to James Gray for coaching witnesses ahead of appearances before select committees.

The Tory MP has been receiving the cash while sitting on three House of Commons’ committees himself. 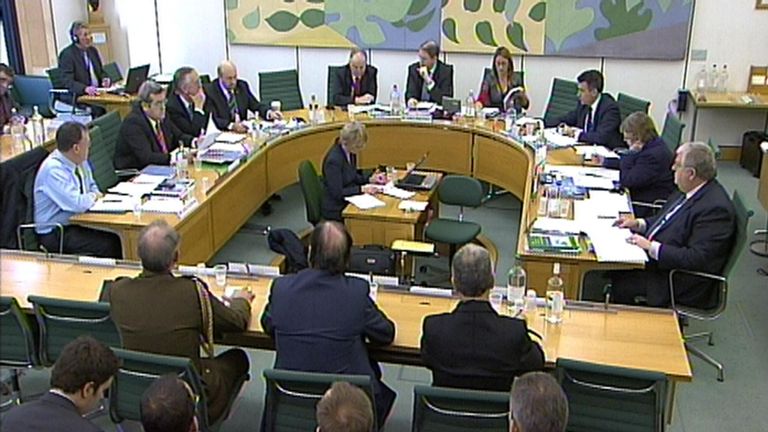 The Mail on Sunday, which first reported on Mr Gray’s training sessions, quoted one MP as comparing the work to “insider dealing”.

Select committees scrutinise both government departments and other public bodies, as well as investigating various areas of public interest.

They are able to compel witnesses to give evidence, which often forms a key part of committees’ final reports and recommendations.

In his register of financial interests, Mr Gray has listed two payments from a company named as Electric Airwaves.

One £550 payment from February this year was listed as being for “helping train a potential witness coming before the Public Accounts Committee”.

Another £550 payment registered last month was for “training witnesses coming before a select committee hearing”.

On its website, Electric Airwaves state that “some parliamentary committee hearings have taken on the air of ‘public courts'” in recent years.

They say they have “worked at the highest levels, preparing CEOs and other senior managers to present to best effect in front of parliamentary hearings”.

The firm’s training sessions “allows you to anchor your presentation, particularly if the questioning becomes hostile” and offers “coaching on how to build rapport with committee members and not antagonise them”, its website adds.

The sessions are also said to “find a carefully crafted soundbite that will resonate with committee members, the media and the public”.

One testimony from accountancy firm PKF Littlejohn states: “I’m just glad it’s all over and can’t thank you… enough for the assistance in preparing for the session.

“I dread to think how it would have gone without the time spent… absolutely invaluable.”

In 2015, PKF Littlejohn were criticised by MPs over the collapse of the Kids Company charity.

Other clients of Electric Airwaves, according to the firm’s website, are G4S and Tata Steel – who have both previously been condemned by select committees – as well as JCB, who have donated large sums to the Conservative Party in recent years.

“We need to know who James Gray trained and which committees they have given evidence to.

“There cannot be one rule for senior Conservatives and their cronies, and another rule for everyone else.”

Mr Gray has sat on 12 different Commons committees since first being elected to parliament in 1997.

Electric Airwaves managing director Andrew Caesar-Gordon was quoted by the Mail on Sunday as saying there was “nothing illegal” about hiring MPs to provide committee training.

Mr Gray did not respond to Sky News’ request for comment.