Britains new flagship will be pirate-proof with panic room

It comes amid growing concerns it may be targeted by pirates, Jihadi groups and terrorist organisations. Last night, a senior naval source at Fleet Command said: “Vessels are facing an increased range of threats, from shore-based missiles to attempted boardings and maritime unmanned aerial vehicles. “While it’s unlikely the new yacht will actually find itself dealing with hostile situations, the decision has been made to include the citadel.

“It will provide a highly secure space that is sealed from chemical and biological attack.

“While guests take shelter in this locked area, the captain and his team will have to operate in chemical warfare suits and respirators and sail the ship away from danger at best speed.”

The inclusion of citadels is now considered best practice on merchant ships following an increase in piracy and other types of attack.

In October last year, 22 crew members of the Liberia-flagged Nave Andromeda took shelter in a citadel when the vessel was overrun by stowaways in the English Channel.

The suspected hijacking was ended when members of the Special Boat Service stormed the ship.

Tom Chant, chief executive of the Society of Maritime Industries, said: “The installation of citadels on board merchant vessels and large yachts is common security practice, providing crews with a secure space with means of communication and emergency supplies.” 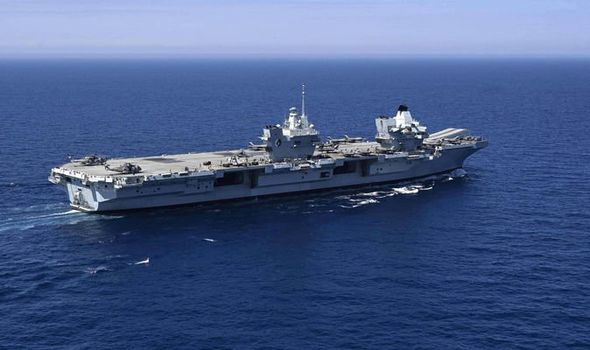 The movie was inspired by the 2009 hijacking of the US-flagged Maersk Alabama, when Captain Richard Phillips was taken hostage by Somali pirates.

Construction of the flagship is expected to begin as soon as next year. It will enter service within the next four years.

The ship will be staffed by Royal Navy sailors and carry an armed protection party.

But the panic room will keep royals, ministers and trade ambassadors safe should other defences fail.

The stronghold will be designed to carry a maximum of 25 people, and include a kitchen and bathroom. It will be robust enough to protect against chemical and biological attacks.

The safe zone will contain a communications suite and generate its own safe air supply for as long as 24 hours, sources added.

Though dubbed the new “Royal Yacht” the 7,500-ton vessel will be a ship rather than a luxury craft. 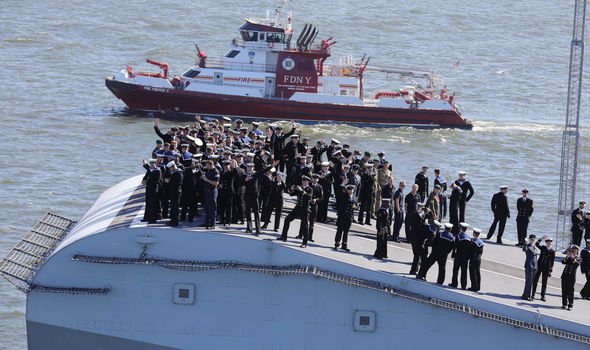 It will be powered by diesel electric engines and boast VIP suites, a conference centre and a reception room big enough to hold 200 people.

At 410ft in length, it is also expected to accommodate a flight deck big enough to land a Merlin or Chinook helicopter. It will replace HMY Britannia, presented to a young Queen Elizabeth in 1954.

Like Britannia, the new vessel will be escorted by a Royal Navy warship on foreign tours, following a decision not to produce a fully armed dual-role military vessel.

Sources confirmed this was to ensure it would always be available for so-called “soft power operations”. Carrying only classified defensive capabilities, it would therefore be less likely to present as a military target to hostile nations.

Last week, suggestions by Downing Street that its complete cost would have to be met by the cash-strapped Ministry of Defence erupted into an inter-departmental scrap.

However, it was later confirmed that only the initial procurement process would be paid out of the defence budget to beat World Trade Organization rules. The Royal Navy will be expected to foot its annual ­£5million running costs.