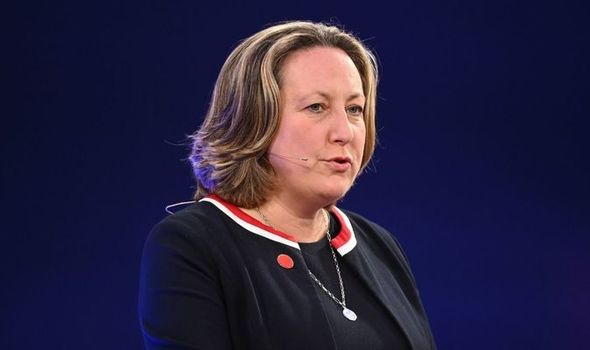 The International Trade Secretary is going to New Delhi this week to kick-off serious talks for a UK-India free trade deal. And the stakes are high.

With India boasting a larger population than the US and EU combined, and its economy set to become the world’s third biggest by 2050, it is no accident that the Department for International Trade has placed India’s quarter of a billion middle class consumers firmly in its sights.

“There is no hard deadline, as such, but we are keen to negotiate this deal apace and the ambition is to bring it home by the end of the year,” said a source last night.

Trade in goods and services between the UK and India was already worth £23.3bn before the relationship was boosted following last year’s signing of the UK-India Enhanced Trade Partnership.

During the two day visit, Ms Trevelyan and counterpart Piyush Goyal will jointly co-host the 15th UK-India Joint Economic and Trade Committee (JETCO), and go on to discuss a range of issues including green trade and the removal of market access barriers.

Britain has already surpassed France and Germany combined to become India’s largest Western investor, ploughing in more than £21bn into the subcontinent over the last two decades.

More than 30 UK defence companies regularly attend India’s biggest defence trade fair, Defexpo, which has given rise to projects including a government-to-government agreement to jointly develop a new jet engine.

But the relationship extends beyond trade.

In 2020 Deepak Bagla, managing director and CEO of Invest India, the country’s “National Investment Promotion and Facilitation Agency”, spoke of deep historical ties between both nations, saying: “For India, the UK is our closest relationship and closest partnership. The third city of the world to get electricity after New York and London was Calcutta in 1897.

“Britain gave us and left behind some of the best presents we have today. Look at our railways – we haven’t added much in the way of kilometres. Last year Indians made eight billion journeys on our railway network. “

“We in Asia certainly see the UK as a country with a lot of influence in different parts of the world. My own sense is that sometimes the British themselves underestimate that influence,” he said.

India’s status as one of the world’s leading democracies and its problematic relationship with China also provide binding ties.

The trade secretary’s meeting with defence minister Kumar will also discuss strategic cooperation in the Indo-Pacific.

Speaking last night, Ms Trevelyan said: “The UK and India are already close friends and trading partners, and building on that strong relationship is a priority for 2022. I will be using my visit to drive forward an ambitious trade agenda which represents the UK’s Indo-Pacific tilt in action and shows how we are seizing global opportunities as an independent trading nation.

“This is just the start of a five-star year of UK trade, forging closer economic partnerships around the globe and negotiating deals that work for businesses, families and consumers in every part of the UK.”