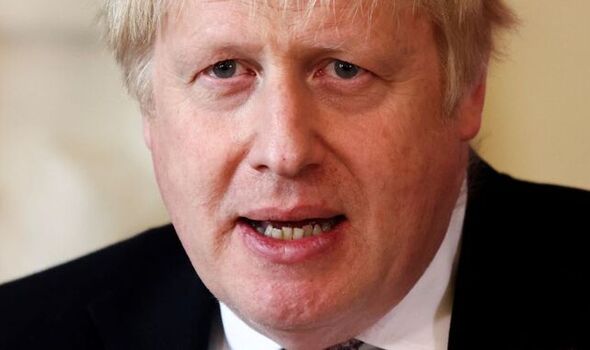 Earlier today Mr Johnson, alongside Rishi Sunak and his wife Carrie Johnson, were issued with fines from the Met Police for breaking lockdown rules during Downing Street parties.

The Telegraph’s Whitehall correspondent Tony Diver has reported that he has been told the PM is likely to respond to the fines within the next half an hour.

The PM is understood to have been present at six of the at least 12 events being investigated.

This story will be updated as more details emerge.

Do you think the Prime Minister should resign after being fined by the Met Police for breaking his own lockdown rules? Let us know in the comments below.

The police have announced that they have delivered more than 50 referrals for fines.

At least 30 more fixed penalty notices will be issued by the ACRO Criminal Records Office, the Metropolitan Police said in its latest update on Operation Hillman, which is looking into breaches of Covid regulations.

A No 10 spokeswoman said: “The Prime Minister and Chancellor of the Exchequer have today received notification that the Metropolitan police intend to issue them with fixed penalty notices.

“We have no further details, but we will update you again when we do.”

The announcement has renewed calls for the full Sue Gray report into the parties to be released.

Despite being hamstrung by the simultaneous Met Police investigation, the senior civil servant did manage to highlight a “serious failure to observe” standards for government, and a drinking culture involving “excessive consumption of alcohol”.

Sir Keir Starmer said: “Boris Johnson and Rishi Sunak have broken the law and repeatedly lied to the British public. They must both resign.

“The Conservatives are totally unfit to govern. Britain deserves better.”

Meanwhile Scottish First Minister Nicola Sturgeon tweeted: “Boris Johnson must resign. He broke the law and repeatedly lied to parliament about it.

“The basic values of integrity and decency – essential to the proper working of any parliamentary democracy – demand that he go.

“And he should take his out of touch chancellor with him.”

Liberal Democrat leader Sir Ed Davey has opted for a slightly different strategy, calling instead for the Commons’ Easter break to be cut short, so that a no confidence vote can be held for the Prime Minister.

He added: “The police have now completely shredded Johnson’s claims that no laws were broken.

“He cannot be trusted and cannot continue as Prime Minister. No other leader in any other organisation would be allowed to continue after law-breaking on this scale. If Boris Johnson won’t resign, Conservative MPs must show him the door.”

However, Scottish Conservative leader Douglas Ross has leapt to Mr Johnson’s defence, stating that while the public was “rightly furious”, and “the behaviour was unacceptable”, Mr Johnson shouldn’t step down due to the crisis in Ukraine.

He said: “In the middle of a war in Europe, when Vladimir Putin is committing war crimes and the UK is Ukraine’s biggest ally, as President Zelensky said at the weekend, it wouldn’t be right to remove the Prime Minister at this time.

“It would destabilise the UK Government when we need to be united in the face of Russian aggression and the murdering of innocent Ukrainians.”