Boris Johnson has said he has “no doubt” a backlog of 4.7 million people waiting to start NHS treatment in England can be tackled.

NHS England data shows the number of people waiting to begin hospital treatment by the end of February 2021 has risen to its highest since records began in 2007. 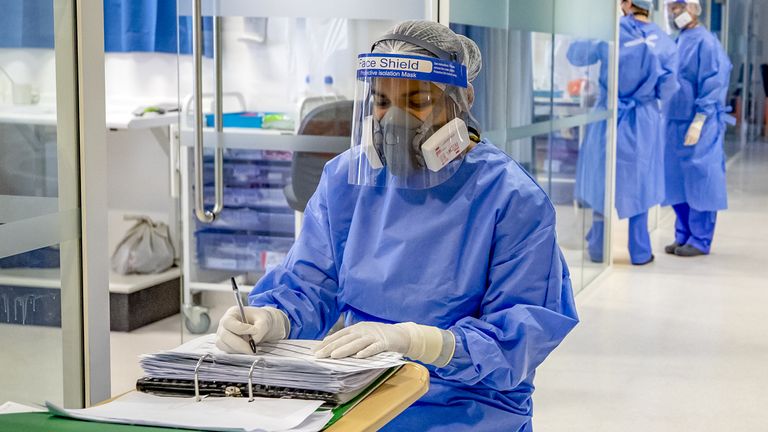 The number of people admitted for routine hospital treatment was down by 47% in February compared with a year earlier – with 152,642 admitted in February 2021 and 285,918 in February 2020, which had an extra day as it was a leap year.

Charities and health organisations have warned the COVID-19 pandemic will have a “catastrophic” impact on NHS services.

The prime minister said the issue is “a real priority” now and the government will ensure the NHS has the funds it needs to tackle the build-up in waiting lists.

“We do need people to take up their appointments and to get the treatment that they need,” he said.

“We’re going to make sure that we give the NHS all the funding that it needs, as we have done throughout the pandemic, to beat the backlog.

“We’re going to do whatever it takes. The NHS has done an incredible job so far, I have no doubt they’ll be able to tackle this as well.

He added that the government has pumped an extra £92bn into the NHS this year.

Shadow health secretary Jonathan Ashworth said the government’s lack of NHS funding over the past 10 years has meant the service is “weakened when a pandemic hits”.

He told Sky News: “It means you have to make a choice between COVID care or cancer care but it shouldn’t be like that.

“The result is patients waiting longer than they should, which will impact their health, risks permanent disability, risks loss of livelihood – it’s simply disgraceful, we need the funding in the NHS.”

NHS England said staff had delivered nearly two million operations and other elective care this January and February, which was one of the peak hospital periods of the pandemic.

It said about two in five patients who have received hospital treatment for COVID-19 were admitted in those months. NHS England national medical director Professor Stephen Powis said treating 400,000 COVID-19 patients over the past year has “inevitably had an impact on the NHS”.

“But it is a testament to the hard work and dedication of staff that they managed to deliver almost two million ops and procedures in the face of the winter wave and improve waiting times for them, along with A&E and ambulance services,” he said. 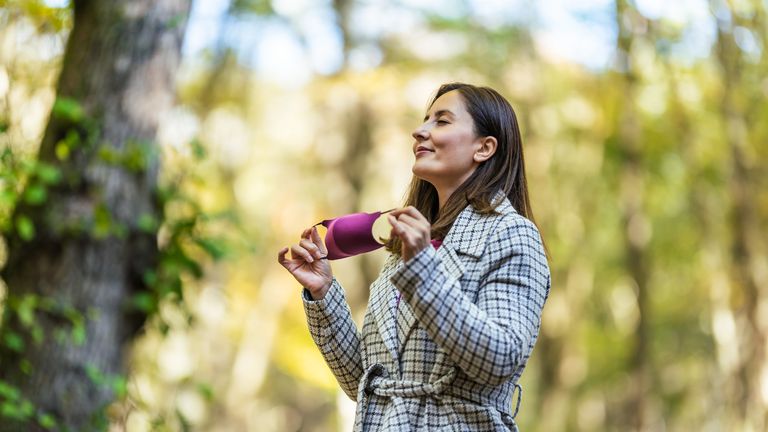 • 1.9m elective procedures or support for patients took place during the winter COVID-19 surge, when 2.6m A&E visits were recorded

• 327,663 patients had been waiting more than six weeks for one of 15 key diagnostic tests, including MRI scans and non-obstetric ultrasounds, in February

• 174,000 people were referred for cancer checks in February – twice as many during the first COVID peak in April 2020.