NEW YORK (Reuters) – A Wall Street rally powered global gains in stocks on Thursday despite a record number of new unemployment filings in the United States, as traders focused on the unanimous passage of a $2 trillion coronavirus relief bill in the U.S. Senate and the possibility of more stimulus to come.

The legislation is intended to flood the country with cash in a bid to stem the crushing impact the outbreak has already had on the world’s largest economy. Nearly 3.3 million Americans filed for unemployment benefits over the past week, eclipsing the previous record of 695,000 set in 1982. The bill is heading for the House of Representatives for a vote on Friday.

“In less than two weeks, we have moved from full employment to a number of job destruction we have never experienced in a period of peace,” wrote Christopher Dembik, head of macro analysis at Saxo Bank.

Earlier on Thursday, Federal Reserve Chair Jerome Powell said the U.S. economy is likely in recession already but that reopening businesses should be dictated by the control of the virus’ spread, in contrast to the urging by some of President Donald Trump’s advisers for a faster reopening. The president himself has said he wants the economy to be “roaring” by Easter, in a little over two weeks.

The astronomical number of jobless filings left some wondering if the stimulus package, despite its size, would be enough.

“If these numbers continue for three or four weeks, there will be demand for more fiscal support,” said Quincy Krosby, chief market strategist at Prudential Financial in Newark, New Jersey.

She said the stock market reaction would suggest “that market participants expect a larger stimulus package or fiscal package from the government than the $2 trillion that has been agreed upon.”

Global stock markets have lost about a quarter of their value in the last six weeks of virus-driven selling. 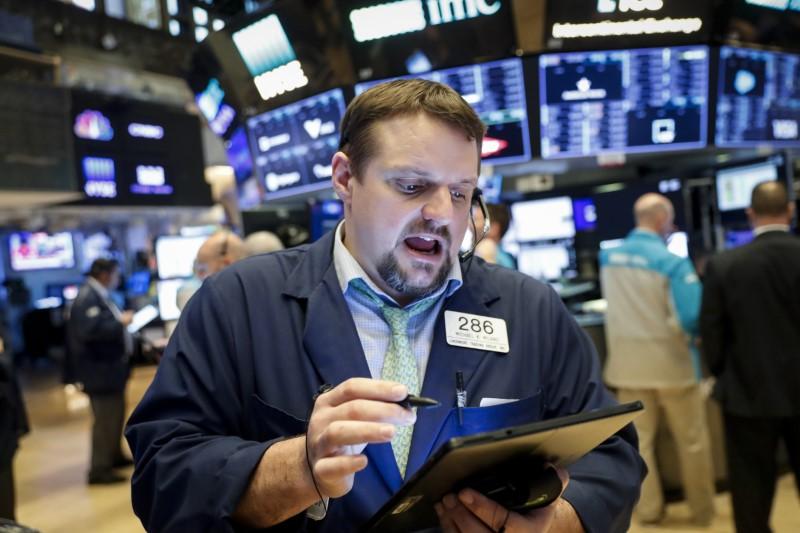 While markets have found a measure of sustenance as governments and central banks launch unprecedented support measures, investors have struggled to work out how bad the coronavirus impact would be.

“No one is sure how long things are going to be locked down for, how wide the virus will spread in the U.S., what the death toll and hit on the economy will look like,” said Salman Baig, portfolio manager at Unigestion.

The combination of the massive jobless claims and stimulus dragged the dollar lower.

The dollar index, tracking the unit against six major currencies, fell 1.457%, and was on track for its largest daily percentage decline since early June 2016.

“Although the latest Fed measures have helped calm markets, as long as the COVID-19 crisis continues and the world economy is effectively in lockdown, we would expect markets to remain in turmoil,” foreign exchange analysts at Bank of America said in a report on Thursday.

Oil fell as fears of plunging demand outweighed expectations of support from the U.S. stimulus.

Prices on U.S. Treasury bonds rose but yields traded relatively tightly and within the week’s range, suggesting the market had already priced in expectations for abysmal data.