WASHINGTON (Reuters) – The Trump administration may take targeted steps to stimulate the U.S. economy amid the coronavirus outbreak that is likely to temporarily drag down some sectors, White House economic adviser Larry Kudlow said on Friday. 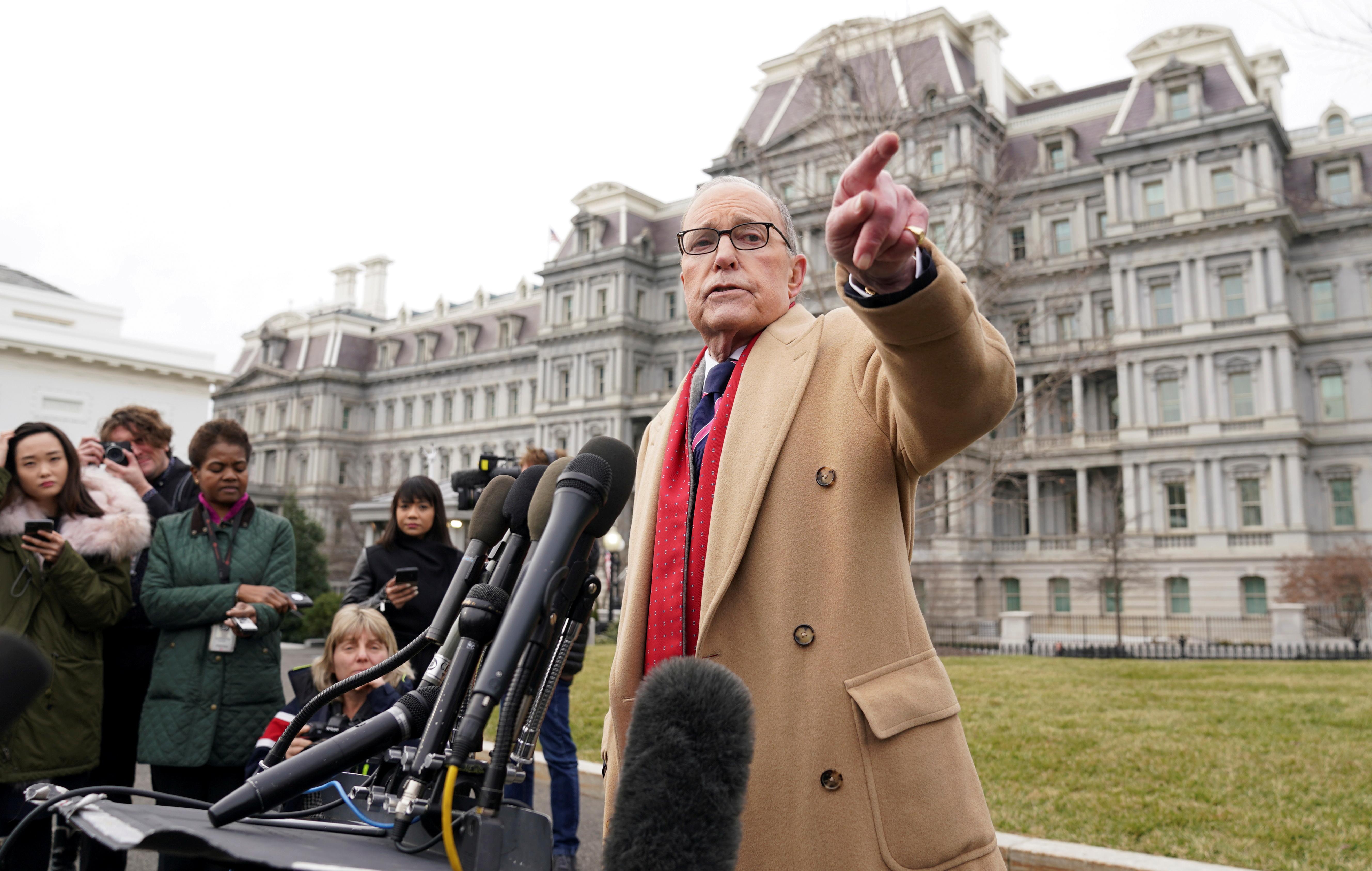 Kudlow, speaking in a round of television interviews, said it was too early to determine the magnitude of any slowdown but that the nation’s overall economy remained fundamentally strong and was not headed for a recession.

U.S. officials were concerned about people who may have to stay home because of the outbreak and lose wages, as well as about small business and airlines, among others, he said.

“We’re looking for targeted measures that will do the most good in a short period of time,” Kudlow told Bloomberg News.

“We’re not looking at big, expensive, macro cash rebates —helicopter money from the sky that never works,” he added on Fox Business Network, saying any help would be directed to “those areas that have been hit the worst.”

U.S. and global markets have slid for the past two weeks as the spread of coronavirus outside of China has raised investors’ fear of the outbreak’s impact as the number of cases neared 100,000 worldwide. In the United States, the death toll from the respiratory illness rose to 14.

The U.S. market slide alone had wiped out nearly $4 trillion of value through Thursday.

Kudlow said the administration needed more information first before it could act and that more details could come next week.

“We don’t want to act prematurely,” he told Fox.

U.S. President Donald Trump could act via an executive order, or he could also turn again to Congress, which this week approved an $8.3 billion bill aimed at efforts to boost the U.S. response to the outbreak, including money for drug and vaccine development as well as the public health efforts.

Trump signed the measure into law earlier on Friday.

He said the administration was not inclined to enact a temporary payroll tax cut, or lowering tariffs on imports, which some experts have said could ease global supply chain problems.

Kudlow again reiterated that long-term investors should buy stocks now amid the global dip in prices.