WASHINGTON (Reuters) – U.S. home sales surged to a 13-year high in February, but the housing market recovery is likely to be derailed by the coronavirus pandemic, which has unleashed a wave of layoffs and left the economy teetering on the brink of a recession. 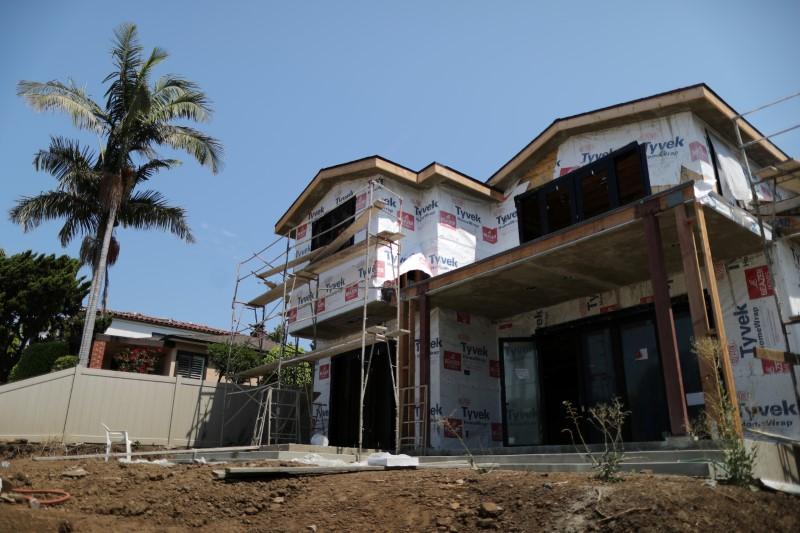 The strong report from the National Association of Realtors on Friday reflected contracts signed in January and early February, before the highly contagious virus swept through the country, severely disrupting economic activity.

Economists are expecting a recession by the second quarter, but a growing number believe a downturn is already underway amid dire predictions of job losses at restaurants, bars, hotels and airlines. The government reported on Thursday that the number of Americans filing claims for unemployment benefits increased by the most since 2012 to a 2-1/2-year high last week.

Existing home sales, which make up about 90% of U.S. home sales, accelerated 7.2% on a year-on-year basis in February.

The housing market has regained its footing as mortgage rates have declined after hitting a soft patch beginning in the first quarter of 2018 through the second quarter of 2019.

Government data this week showed single-family homebuilding, which accounts for the largest share of the housing market, increased in February to the highest level since June 2007.

Completions of single-family housing last month were the highest since December 2007, and the inventory of homes under construction rose to levels last seen in December 2006.

These positive developments have been eclipsed by the coronavirus. The COVID-19 respiratory illness caused by the virus has killed at least 200 people in the United States and infected nearly 14,000 according to a Reuters tally.

The NAR noted that the coronavirus had “undoubtedly slowed buyer traffic,” but expressed hope that the aggressive stimulus measures adopted by the Federal Reserve and being pursued by the U.S. government would support the housing market.

U.S. stocks were trading higher as intervention by U.S. policymakers finally seemed to stem the recent bleeding on Wall Street. The dollar .DXY fell against a basket of currencies, while prices of U.S. Treasuries rose.

Home sales last month rose in the Midwest, the populous South and the West, which is the most expensive region. They, however, fell in the Northeast.

At February’s sales pace, it would take 3.1 months to exhaust the current inventory, down from 3.6 months a year ago. A six-to-seven-month supply is viewed as a healthy balance between supply and demand.