(Reuters) – Shares of U.S. banks sharply underperformed the broader stock market on Monday as investors bet tumbling interest rates would crush bank profits and worried about rising credit costs in the face of an economy spooked by coronavirus and plunging oil prices. 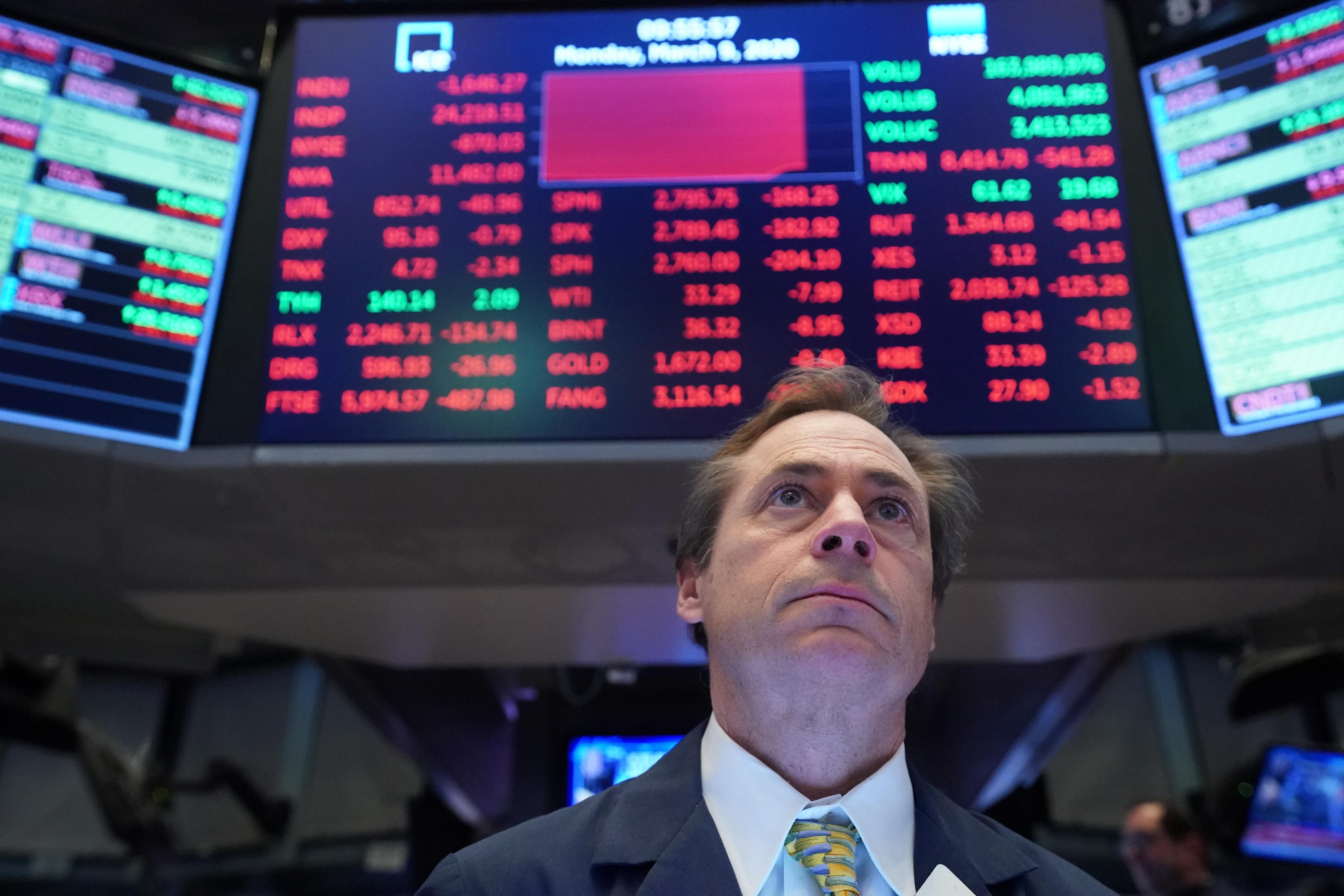 Among the sector’s biggest decliners were smaller banks with the most direct exposure to energy companies as oil futures tumbled as much as a third on Monday due to a price war between Saudi Arabia and Russia. These banks, which include BOK Financial Corp (BOKF.O) and Bank7 Corp (BSVN.O), were last down more than 20%.

But the biggest U.S. banks were also slammed, with the S&P 500 Bank index .SPXBK last down 14.0% on the day and on track for its biggest one-day percentage decline since April 20, 2009, during the financial crisis. The sector has dropped more than 34% since Feb. 20 and was 37% below its most recent record.

Stocks in the index were down between 8% and 18% with JPMorgan (JPM.N) down 12.6% and Bank of America (BAC.N) falling 15.5%. The biggest decliners in the index were Regions Financial Corp (RF.N) and Comerica Inc (CMA.N), both down 18% as they have the biggest energy loan exposure.

The collapse of U.S. Treasury 10-year yields to record lows was a huge factor since banks profit heavily from the difference between short-term interest rates, which they pay to borrow money, and the long-term rates they charge loan customers.

“Factoring in nothing else it’s a much tougher interest rate environment for banks to earn revenue on. Of the two things weighing on them, it’s the big one,” said Piper Sandler analyst Jeffrey Harte.

“The second one is economic uncertainty. They go hand in hand,” he said. “Banks have historically been a pretty good proxy for the economy. You start thinking loan growth is going to slow and credit losses will pick up if the economy slows down.”

Among large-cap banks, KBW wrote that energy loans represent 15% of Citigroup’s (C.N) tangible common equity (TCE) compared with 10% for Wells Fargo (WFC.N) and Bank of America (BAC.N) and 7% for JPMorgan.

Citi analyst Keith Horowitz cited “relatively modest” exposure to oil and gas loans among big banks in his research note but listed bigger issues including higher odds of a recession, a market overreaction to credit risks, and lower interest rates.

“The fear factor from the virus is clearly causing economic strain, and as a result, the odds of a recession are moving higher even though it is not in the data yet,” said Horowitz.

The analyst said he was most worried that rates would fall further.

“Fundamentally, this is what we are most concerned about and believe that today’s actions only increase the likelihood of lower rates.”

While some market strategists have said Monday’s broad sell-off, with the S&P last down 7% .N, could be a buying opportunity, Horowitz said his customers were wary.

“There is very little ‘buy the dip’ mentality in conversations we’re having with investors,” he said.