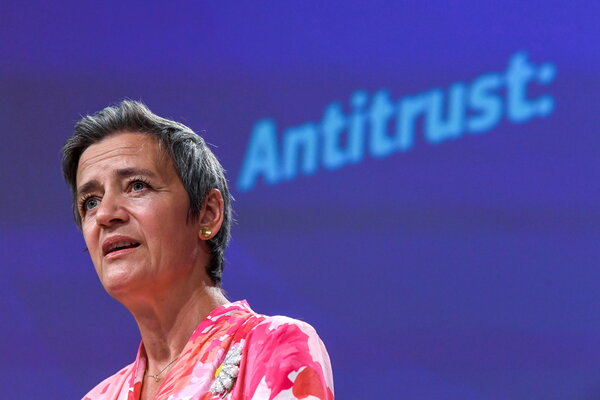 European Union regulators said on Tuesday that Google was the subject of a new antitrust investigation for potentially abusing its dominance in the online advertising market to box out competition.

The investigation, which takes aim at the heart of Google’s business model, is part of a broader push by the European authorities to clamp down on the world’s largest technology companies. Amazon, Apple and Facebook are also the subject of antitrust investigation from the 27-nation bloc, and the European Union is drafting new antitrust and digital services laws to further tighten oversight of Big Tech.

Online advertising has helped Google become one of the world’s most valuable and powerful companies. But publishers such as News Corporation have long complained that Google’s dominance makes it harder to attract advertising revenue from their websites.

The European Commission, the bloc’s executive body, said the investigation was focused on the display advertising market where Google offers a number of services to both advertisers and publishers. The company collects data to target advertising, sells ad space on websites across the internet and offers services that work as an intermediary between advertisers and publishers.

Google settled a similar antitrust investigation by the French authorities this month, with the company agreeing to pay roughly $270 million in fines and make some changes to its advertising practices in France.

In the European Union inquiry, “we are concerned that Google has made it harder for rival online advertising services to compete in the so-called ad tech stack,” Margrethe Vestager, the European Commission’s executive vice president in charge of competition policy, said in a statement.

“A level playing field is of the essence for everyone in the supply chain,” she said.

Ms. Vestager is a familiar adversary for Google. The company has been charged with violating European Union antitrust laws three times in recent years, resulting in billions of dollars worth of fines in cases about Google’s online shopping service, Android mobile operating system and other advertising practices.

All of the cases are under appeal by Google.