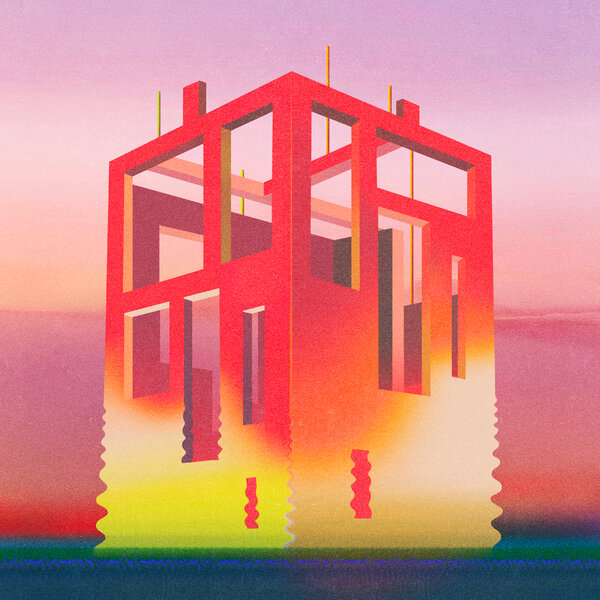 It’s monsoon season now in India, which means it is possible to look back on the extraordinary succession of heat waves that swept across South Asia starting this spring — and begin, at least, to take stock of their impact.

From late March through the end of June, a period of almost 100 days, high temperatures in Delhi were above 100 degrees Fahrenheit on all but 15 of them, with many days breaking 110 degrees. For large parts of those months, the punishing heat stretched over much of the subcontinent, often blanketing more than a billion people and in certain places crossing 122 degrees. In May, the World Weather Attribution initiative, a research alliance connecting extreme events to global warming in real time, declared that the initial wave had been made 30 times more likely by climate change. And the heat kept coming.

For more than a decade, scientists have talked about an “upper limit” of human survivability, reached when the combination of heat and humidity produces what’s called a “wet-bulb temperature” of 35 degrees Celsius (95 degrees Fahrenheit) for six hours — above that level, it is believed that exposure would kill even young, healthy people. But at lower wet-bulb readings, and even in low-humidity extreme heat, health suffers too, especially among those with other vulnerabilities, exacerbating all kinds of conditions (not to mention damaging infrastructure, driving power outages, and limiting labor productivity). A more recent set of studies even suggested the maximum wet-bulb threshold might be lower for humans — as low as 31 degrees Celsius (88 degrees Fahrenheit) at 100 percent humidity or 38 degrees Celsius (100 degrees Fahrenheit) at 60 percent humidity. For the vulnerable, of course, the effects hit much sooner.

The monthslong heat in South Asia breached these levels at several points. In Jacobabad, Pakistan, a small city of less than 200,000, wet-bulb temperatures briefly hit 91.4 in May. Late last month, with the monsoons bringing humidity with them, the wet-bulb in Delhi, where almost 20 million people live, reportedly reached as high as 92.7. The readings produced a wave of climate panic: Berkeley Earth’s Robert Rohde warned “this heat wave is likely to kill thousands,” and The Washington Post reported “India’s heat waves are testing the limits of human survival.” (I had the same worry, as did others at The Times, The Economist, the World Economic Forum and elsewhere.)

And yet while there have been casualties and brutal impacts, these events do not yet appear to have caused mass death. An early estimate of the death toll was just 90 across India and Pakistan, a fraction of the more than 1,000 killed by the heat dome that struck the Pacific Northwest (including western Canada) last summer, where lower temperatures hit millions for a much shorter period of time. (In Seattle, it was above 100 for only three days, with a peak of 108; in Portland, it reached 116.) It’s an even smaller fraction of the number who died in the 2003 and 2010 heat waves in Europe and Russia, which killed 70,000 and 55,000, respectively. In those heat waves, only a handful of places crossed 104 degrees Fahrenheit. According to Dr. Chandni Singh, a senior researcher at the Indian Institute for Human Settlements and a lead author of the recent Intergovernmental Panel on Climate Change chapter on adaptation, it’s likely that this year’s heat event in India will not even be as lethal as one there in 2015 when high temperatures across the country killed several thousand.

When I spoke to the Indian climate activist Disha Ravi, she described recent floods — which have killed more than 100 across India and Bangladesh, and displaced many millions — as a more pressing climate matter locally and the one that had been preoccupying her much more, recently, than the heat.

What explains the relatively low death toll in India and Pakistan from the recent heat? It is still early to say definitively. That goes double given the limited data about all the impacts of the heat wave — not just on human health, but also on agriculture, labor and economic activity, and more.

But the question is a hugely consequential one: About a fifth of the human population was just subjected to almost unimaginably long-lasting extreme heat, and the ultimate toll, if we can accurately assess it, will tell us quite a lot about how some of us might suffer through the future climate.

If the current pattern continues to hold, with fuller calculations showing a still relatively limited impact, five hypotheses provide at least partial explanations: problems with data; the dryness of the heat wave; local adaptation and response; that the hottest parts of the world may already be relatively acclimated to extreme heat; and that our casual use of “wet-bulb” readings may be misleading about actual mortality risk. (The brutal, long-duration experience also suggests some important caveats.)

First, the official death count is an undercount.

This was the interpretation offered to me by Dr. Friederike Otto, of World Weather Attribution, in May; by Kathy Baughman-McLeod, director of the Atlantic Council’s Arsht-Rockefeller Resilience Center, in June; and by Avikal Somvanshi, of India’s Center for Science and the Environment, in July. In fact, it was the first thing mentioned by everyone I spoke to, in India and Pakistan and elsewhere, when discussing the toll of the heat wave.

Heat is something of an epistemological and epidemiological challenge to doctors and coroners, even in places most conscientious about data collection. That’s because few deaths even under the most extreme temperature conditions present obviously as heat stress; mostly, fatalities accrue when underlying conditions are exacerbated or made worse by the additional strain.

Aditya Valiathan Pillai, an associate fellow at India’s Center for Policy Research, went to emergency rooms “just to see if the fact that nothing was popping up in the media about people dying was true or whether it was sort of a mortality whitewash, the way we saw with Covid,” he said. “And universally, I went to government hospitals and they said, we did see a steady uptake in the number of people showing up, but very few deaths. Then again, all of them raised their hands and said, we don’t really actually know how to count a heat death. And so we’re not entirely sure.”

A full accounting of the toll of any heat wave requires “excess mortality data” — overall accounting of how many people died in a given period above a baseline average — but compiling that can take months, wherever the extreme event hits. Without it, Baughman-McLeod said, “we don’t know how many, because we don’t count properly. The data collection isn’t there — whether in India or in the U.S.”

For his part, Somvanshi estimates that the ultimate toll of these heat waves will be “at least twice than what is officially reported. But based on the available information, it will most probably be much more than twice.” A simple doubling of data still yields a relatively low estimate; getting even to the 2015 toll in India would require something like a 20-fold adjustment. To get to the mortality levels of the European heat waves, a much larger adjustment still.

“Humid heat is more dangerous to human health and well-being than dry heat,” Somvanshi said. Through much of the heat wave, the temperatures were alarmingly high but humidity relatively low — making those truly concerning wet-bulb readings relatively rare and brief, even through the oppressively hot spring.

And when temperatures are high but humidity is low, the burden is more manageable — in part because it is, in certain ways, familiar. In India and Pakistan, the temperatures of the past few months were record-breaking when they happened, for the late spring, but not unheard-of in a typical Indian summer.

That made them, for Somvanshi, “unusual from the climate perspective, but from people’s perspective, in Delhi and even most of northern India, we are used to having 40-plus during the summer. It’s just that for us, it happened a little earlier. So, as people, we were kind of surprised, but not very much concerned or disturbed by it.” But he noted that the traditionally drier parts of the country are increasingly getting more humid, and the traditionally humid parts of the country are getting hotter — and this year’s monsoon’s have not brought all that much relief.