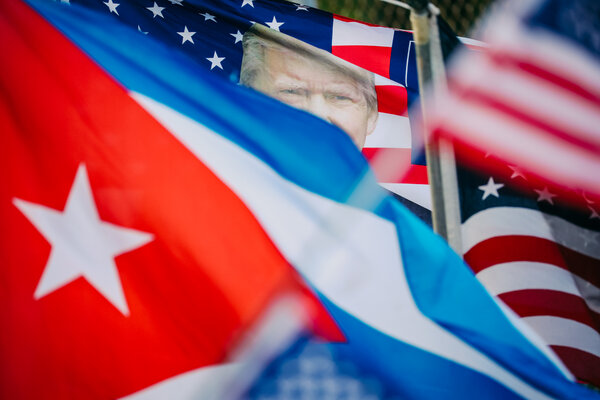 Mr. Cadava is a professor of history and Latina and Latino studies at Northwestern.

The shift toward Donald Trump by Latino voters was one of the more surprising takeaways of the 2020 presidential election. The findings of recent polls and reports — that Latinos may still be sliding toward Republicans — are even more disconcerting for Democrats. Given the political stakes as well as the stakes for Latino families, Democratic leaders must do better.

As 2020 begins, the party so far has no visible, convincingly powerful plan to win over the voters many rank and file Democrats, believe are key to November’s midterm elections, the 2024 presidential race and perhaps the future of the Democratic Party. But what happens next, when Democratic candidates fan out across the country trying to shore up support from Latinos who may be slipping away?

Some believe that doing better means spending more money on messaging, advertising and outreach. But this isn’t the only lesson to be gleaned from what the data is telling us, and it might not even be the right one. Democrats should more aggressively combat Republican messaging with their own, but the real fight should be over which party has the best ideas on education, immigration, jobs and the economy. This is where Democrats take the Latino vote for granted, but they shouldn’t.

Daniel Garza, the president of the conservative group The Libre Initiative, for example, believes that the Republican agenda gives his party the upper hand with Latinos. He scoffed at the Democratic Congressional Campaign Committee announcement last November that it planned to win back Latino and other voters of color by spending at least $30 million to hire organizers, pay for targeted advertising campaigns, combat disinformation and support voter protection and education programs.

Thirty million is a lot of money, he told me, but it would be “wasted if the message were about nuanced topics like voter suppression, disinformation and diversity.” The problem for Democrats, he added, is that “GOP ideas are better” because they’re “pro-growth, pro-energy, pro-parent (school choice) and pro-advancement.”