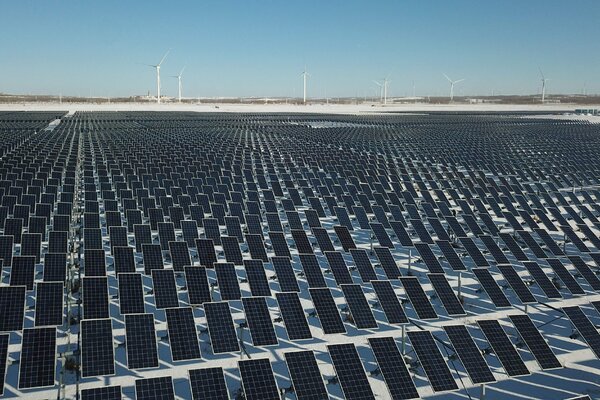 Mr. Holleyman was the deputy U.S. trade representative in the Obama administration from 2014 to 2017.

A robust solar energy industry in the United States is crucial to the nation’s goal of a low-carbon future. But the prospects for solar energy are not looking bright these days, because the United States has allowed China to dominate the industry. Failure to create a strong domestic solar manufacturing industry leaves the United States and our carbon-reduction goals not just dependent on China, but also vulnerable should China block or threaten to block its solar exports as a form of retaliation in the future.

The United States was once a global leader in both solar innovation and manufacturing — we invented photovoltaic technology in the 1950s to power satellites and spacecraft. And we retained our undisputed leadership in solar for decades. But lately we have seen our solar industry get crushed as a direct consequence of China’s huge state subsidies to its manufacturers beginning in the 2000s.

Since then the U.S. share of solar component shipments worldwide fell to less than 1 percent in 2021 from 13 percent in 2004. China’s share of the production of solar components has increased over the past two decades from virtually nothing to nearly 85 percent today. For some solar components, that could rise to 95 percent in the coming years, according to a report this week from the International Energy Agency. Simply put, the United States did not provide enough support to its solar companies, which could not compete in the face of China’s state-directed strategy to control the market.

President Biden has called for measures aimed at increasing U.S. manufacturing of solar photovoltaic modules and components. Although the declaration from the White House never mentioned China by name, China and its market-distorting subsidies were at the heart of the orders. Mr. Biden certainly knows that the United States must not remain dependent on an unreliable third party and economic adversary for our national energy security.

Even as Mr. Biden called for investing in solar production, he took steps that furthered American reliance on China, at least in the short term. The Commerce Department has been investigating whether Chinese solar manufacturers are circumventing U.S. trade laws through third-party countries; even so, this administration declined to use trade enforcement by placing a moratorium on new duties for up to two years. As a result, the United States will effectively look the other way even if it is determined that imports from Southeast Asia are a result of Chinese tariff evasions. This decision to forgo enforcement might help solar installers in the short term, but it is a significant gamble since it is not accompanied by the essential elements needed to build our domestic solar industry.